10 PLACES THAT YOU NEED TO VISIT IN...
THE ULTIMATE GUIDE TO BARS AND NIGHTCLUBS IN...
TOP DESTINATIONS: THE ROYAL HOLIDAY WRAPPED
ROYAL HOLIDAY RECOMMENDATIONS: PLAYA DEL CARMEN
HOLIDAY SPECIAL: THANKSGIVING TRADITIONS
START YOUR 2023 TRAVELING 
OUR BEST PROMOTIONS ARE HERE!
SHOPPING AROUND “THE BIG APPLE” 
TIPS FOR YOUR FIRST CRUISE 
VIVA MEXICO AND ALL ITS DESTINATIONS!
Tag:

It’s January, which means it’s time for the winter sports resorts of North America to begin the annual guessing game: will there be tons of snow for the season? The short answer is that this season has already got off to a cracking start almost everywhere. Skiing in the U.S and Canada is about the whole experience- long gourmet lunches with friends, après-ski spots, and laid back mornings. U.S skiing has other perks. The mountains, especially in Colorado, are big and have greater vertical drops. Few mountains in the European alps. can compare to their imposing, jagged peaks. But don’t worry if you’re a first timer, American ski resorts have top of the line ski schools and wide groomed cruisers to learn on. Advanced and intermediate skiers can also take advantage of guides to show them the best backcountry powder bowls. Most mountains in the U.S open at the end of November and close mid to late April.

The resorts listed here are well suited to intermediates, but Park City is one of the best. Its ski area – located directly above the town – is laced with cruisy blue runs, and there are also plenty of easy blacks, plus tempting, ungroomed gladded tree runs. And, from 2015/16, it will boast America’s biggest ski area. A planned $50m of improvements are being made to the resort, including a high-speed, two-way eight-seater gondola to link it to next door Canyons, creating a ski area with more than 7,300 acres of terrain. Canyons features lots of steep terrain, and the size of the new ski area comfortably beats American big hitters Big Sky in Montana (5,750 acres) and Vail in Colorado (5,289 acres). In addition, the immaculate slopes of upmarket Deer Valley (no snowboarding allowed) are nearby, separated from Park City’s by nothing more than a fence – crossing the divide is banned and you can only access its runs from base level. Add Deer Valley to Park City and Canyons, and there are 9,326 acres on offer. Other resort improvements include two upgraded chairlifts to increase capacity in busy sectors of the Park City ski area, a new mountain restaurant at Park City, increased capacity at existing restaurants in both Park City and Canyons, and additional snowmaking in Canyons near the new gondola. Park City has a cute, compact centre around historic Main Street, with lots of lively restaurants, bars and shops, but its lodgings sprawl over a vast area. Friendly, attentive staff make the Park City Peaks hotel the standout choice. It also offers good value for money, large rooms, lots of amenities, and is close to the free bus stop into town. 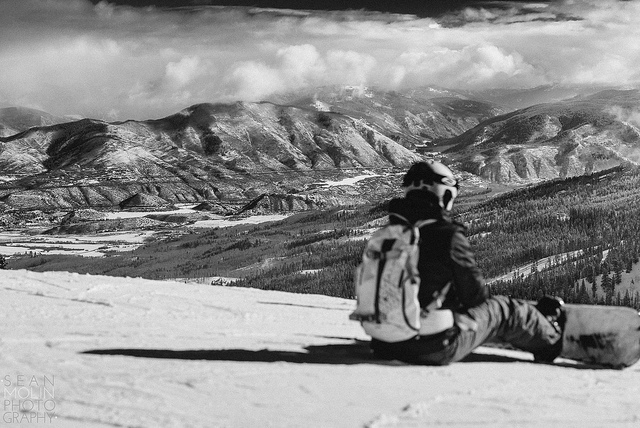 Due to its high altitude (almost 3,000m), some visitors to Breckenridge suffer altitude sickness. If possible, rather than travelling straight from Denver airport to the resort, stay a night or two in the city first to acclimatise.  The Victorian-style town of Breckenridge is relatively good value for America, with many shops, bars and restaurants, and there’s usually snow on the streets to add to the charm. New for the 2014/15 season, the Colorado quad chair on Peak 8 was replaced with a six-man chair to increase capacity, and the restaurant at Peak 9 was revamped. For a hassle-free, convenient stay, the huge Beaver Run Resort (with hotel rooms and apartments) is hard to beat. Its slope side position provides instant access to the slopes, there are a range of on-site bars and restaurants, accommodation is spacious, and there are two pools and seven hot tubs.

Whistler’s two linked mountains (Whistler and Blackcomb) add up to much the biggest ski area in North America, which puts the resort on the shortlist of most transatlantic visitors – and certainly intermediates who like to rack up the miles without repeating the same slopes. For beginners there are extensive nursery slopes and long green runs to progress to. For experts the high open bowls offer a range of possibilities, with regular dumps of powder streaming in from the nearby Pacific. And there are world-class terrain parks. The purpose-built resort village is big and busy, with lots of bars and restaurants, a lively après scene at the lift base from mid-afternoon onwards, and a wide range of shops. There’s also plenty for non-skiers to do, from zip lining to eagle-watching tours. Nestled at the foot of Blackcomb’s slopes, the ski-in/ski-out Fairmont Chateau is Whistler’s landmark hotel. It offers classic elegance and extensive amenities, such as seven on-site eateries.