HOLIDAY SPECIAL: THANKSGIVING TRADITIONS
START YOUR 2023 TRAVELING 
OUR BEST PROMOTIONS ARE HERE!
SHOPPING AROUND “THE BIG APPLE” 
TIPS FOR YOUR FIRST CRUISE 
VIVA MEXICO AND ALL ITS DESTINATIONS!
THE DOMINICAN REPUBLIC, IS MORE THAN JUST BEAUTIFUL...
7 DAYS IN SAN FRANCISCO
GRUPO XCARET’S AMAZING EXPERIENCE
WHICH IS THE BEST DISNEY PARK?
NewsPark RoyalPress

What you didn’t know about our world famous club

Royal Holiday Club (or Royal Holiday) is an operator of memberships for a holiday club, and developer of resorts based in Mexico that was founded in 1983. The company offers fun vacation days in their beautiful resorts to interested travelers under a points system with a low cost. Points can be changed by accommodation, amenities, and entertainment in around 180 places in North America, South America, Africa, Europe and Asia. Royal Holiday owns and operates lots of its hotels, including eight of them in Mexico, one in Puerto Rico, another one in Argentina and others in the making. The company employs around 3500 people and it has many partner members from about 52 countries.

Founded in Mexico in 1983 as a private company dedicated to hospitality, Royal Holiday Club initially opened its sales offices in Cancun and Cozumel in 1985. Implementing a business model that is based on timesharing and the use of membership points to pay for amenities and accommodation, Royal Holiday Club initially belonged to a company of hospitality and real estate at that time called Costamex Group. By the end of the 1980’s, Royal Holiday Club showed a strengthened tendency to expansion and started to have more resorts in North America, South America, Africa, Europe and Asia. At that time, Royal Holiday Club began to remodel and/or build several of their Park Royal hotels, including two in Cancun. According to CNN Expansion, by the end of the mid-1980’s, Royal Holiday Club had 60 members over four continents and the company hadn’t arrived yet to its expansive strategy, according to testimonies from Gonzalez Carbonell, who stated that the group was still looking for opportunities outside of Mexico. By 1994, the accumulated sales of holiday rentals in the United States was led by Marriott, followed by Westgate Resorts, and Royal Holiday Club took third place, not a bad place at all, with huge amounts of sales. By the end of 1994, Royal Holiday Club had accumulated large amounts of clients interested in their many services.

Expansion magazine named Royal Holiday Club as “one of the top 500 companies in Mexico” for 2006 followed by the description on La Jornada (renowned Mexican journal) as “a company with ample and complete touristic services that can go from renting a car to a cruise”. At that time Royal Holiday had approximately 65000 members and in 2007 the Hotel Park Royal Cozumel won an ARDY prize for best architecture and interior design by the American Association of Developments and Resorts (ARDA), also winning the following year a Gold Crown prize for high service standards. The Ixtapa Park Royal Hotel was awarded with the Golden Apple prize (for good service) as a part of The Apple Vacations, and it was also awarded the Quality Assurance award from MLT Vacations in Ixtapa in 2009. That same year, Expedia ranked the Park Royal Cozumel as a “top hotel” on their website. After an analysis of good practices at Royal Holiday held in 2009 by the Better Business Bureau of Florida and the Caribbean, the Royal Holiday increased its score from an F for its service and reliability to a “B”. A year later, this score was taken to an “A-” and in 2011 to an A+. In 2010, Royal Holiday employed a staff of approximately 3500 people, and kept a membership base of approximately 85000 members. That same year five of the Royal Holiday hotels were awarded with prizes called Gold Crowns from RCI (Resort Condominiums International) for their service. This number went up to six the following year. 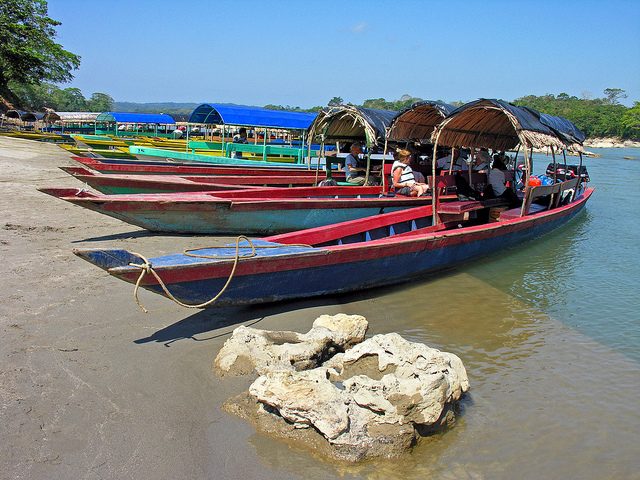 The Royal Holiday Company changed its name to a new one called Royal Holiday Services administrative S.A. and it is located in Mexico DF In March 2015, RCI gave Park Royal Cozumel its rating of “premier all-inclusive” because of favorable credit score in several areas related to services and hospitality. Up to 2015. Royal Holiday Club had approximately 100000 members from 52 different countries.

So you can better understand how its business model works, here’s the explanation. Royal Holiday Club business model consists on granting membership credits that can be redeemed by their members. According to the European news agency called World Folio, the points could be exchanged for stays in resorts on the coast of Mexico and the Caribbean beaches, as well as international destinations including the major cities of the world. The Company advertises that its “breakfast club” system gives its members flexibility to choose how and where they use their points, very different from the limited options a conventional timeshare offers. While the credits are mainly redeemable for accommodation in one of the ground complexes provided by the company, members can change them for stays in alternative hotels or cruise travels, there are a total of 300 different routes available that are provided by partnerships Royal Holiday has established with other companies such as RCI.

OUR BEST PROMOTIONS ARE HERE!

SHOPPING AROUND “THE BIG APPLE”